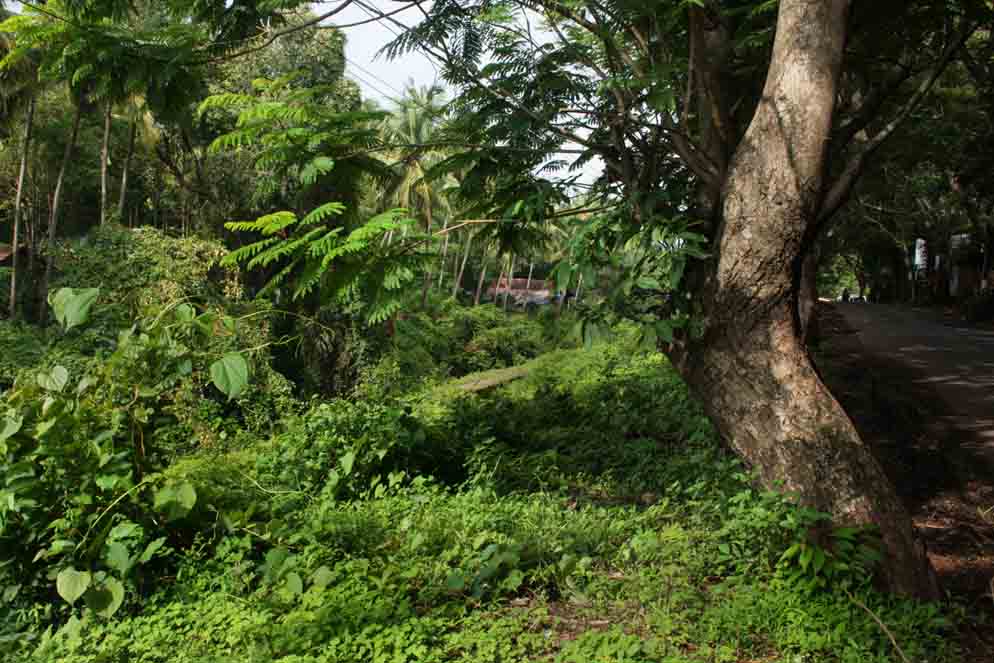 120. TRAVELS IN INDIA. Goa. The flora in Goa puts one in mind of British Empire authors in the day who spoke of the “riotous vegetation” of colonial jungles. Life explodes in every direction in such places, with insects and reptiles prominently featured, not to mention malarial mosquitos which come out at night and attack your ankles (which explains travelers with trouser cuffs tucked into socks). There were days in Goa that I thought I could feel my skin literally crawling with unseen bacteria, but that was probably just my mind playing tricks from being damp and wet twenty four hours a day. Having spent time in Asian rainforests makes one better understand the madness of Apocalypse Now, and it doesn’t take much to imagine the hell American soldiers went through in Vietnam. A landscape painter I once knew told me that she could distinguish thirty different shades of green with one glance at a scene like this.