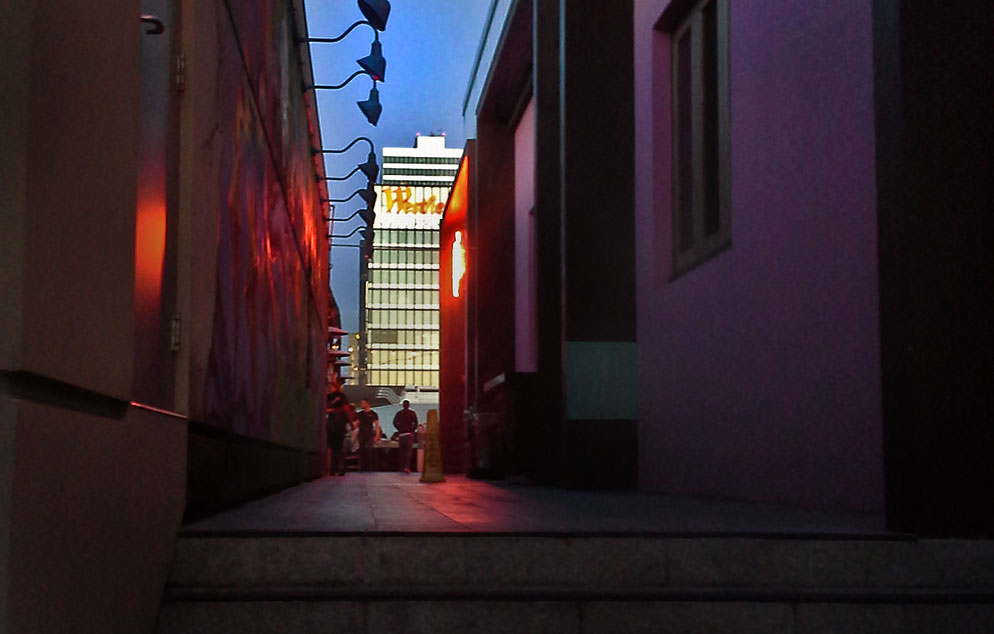 165. PASSAGES. Century City, Los Angeles. I misread the title of an article called The Color of Wealth in Los Angeles (discussing wealth by race), and thought it said The Color Wealth of Los Angeles. Not to denigrate a serious topic, but color is one of the riches of LA. Maybe its the nonstop sunshine, but even the gritty parts of LA seem light, bright and pastel, especially to an eye accustomed to the beautiful grime of New York city. Coastal communities often paint their buildings in bright colors–to be more visible to the returning boats I am told. One can’t forget the Latin American heritage of LA; it reminds me of Mexico, which to a Northerner comes off as an electric color culture.