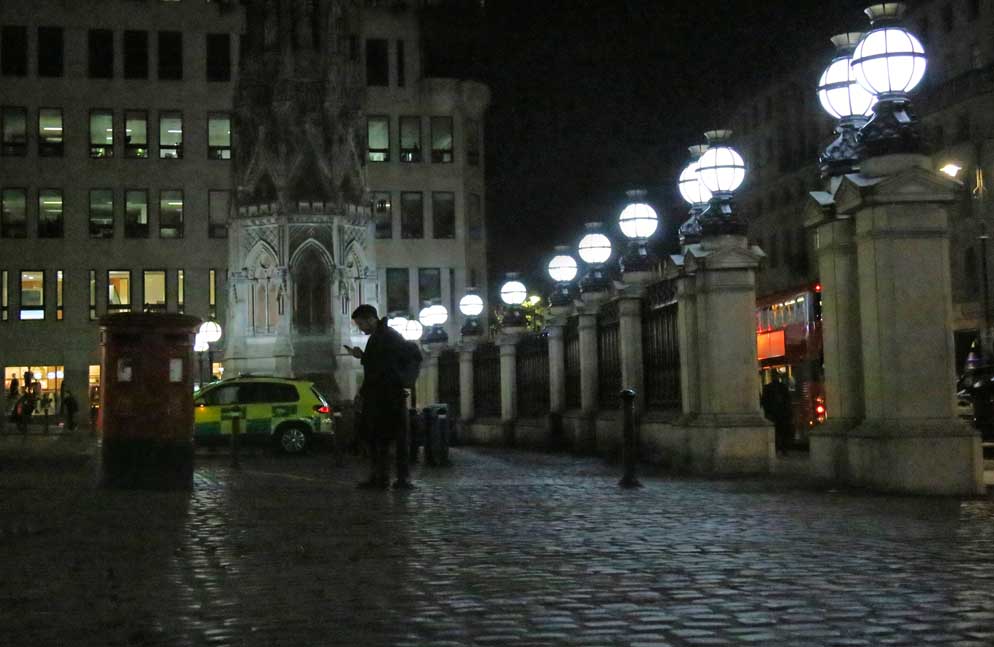 207. LONDON ON FOOT. Charing Cross Station. Charing Cross is the center of London, the point from which distances from London are measured. The Queen Eleanor Memorial Cross (midground), is one of twelve crosses erected by King Edward 1 (also known as ‘Edward Longshanks’ and ‘The Hammer of the Scots’) in memory of his wife, Eleanor Castile. She “was better educated than most medieval queens and exerted a strong cultural influence on the nation. She was a keen patron of literature, and encouraged the use of tapestries, carpets and tableware in the Spanish style, as well as innovative garden designs. She was also a successful businesswoman, endowed with her own fortune.” She was born in 1241.