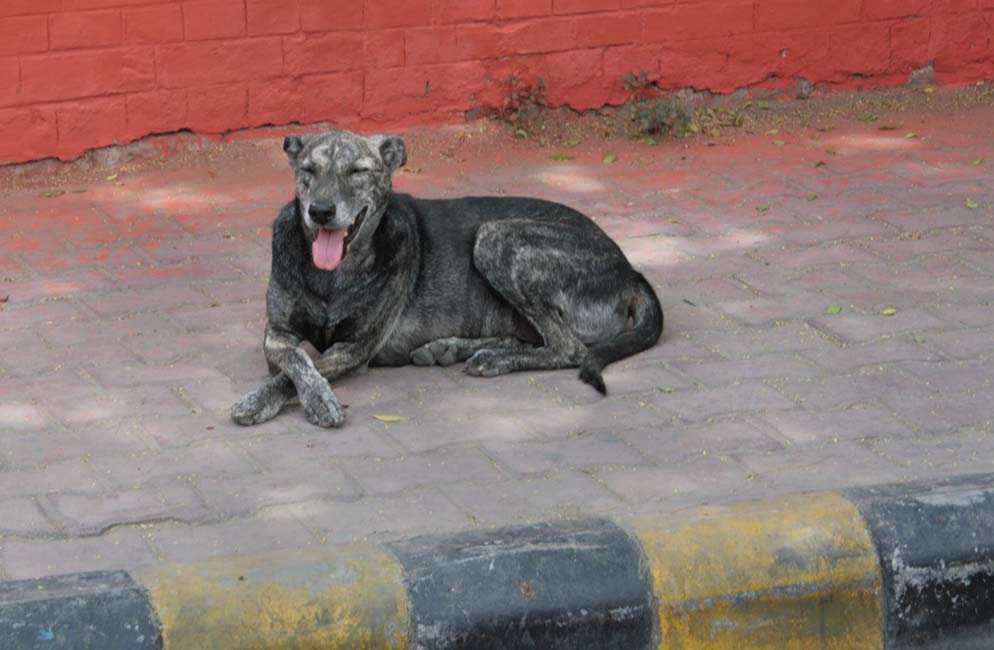 122. TRAVELS IN INDIA. New Delhi. The semi wild dogs that roam the streets of India are an endless source of amusement for me. I’m not sure what it says about the Indian personality that they think nothing of having untamed dogs live among them, but it is another reason why the country is uniquely beautiful. There is something about the Indian conception of freedom that we could learn from. When left alone to organize themselves, dogs are enormously funny. My favorite move from Indian dogs is when they suddenly drop to the ground, curl up and go to sleep on a street choked with humans, cows, buses, cars, horses, etc. The best part is that people just step around them, as if to say “how perfectly natural for a dog to take a nap on a sidewalk crowded with a thousand people.” There is now a “modernization” movement to eradicate the dogs, which for me would be a huge loss.