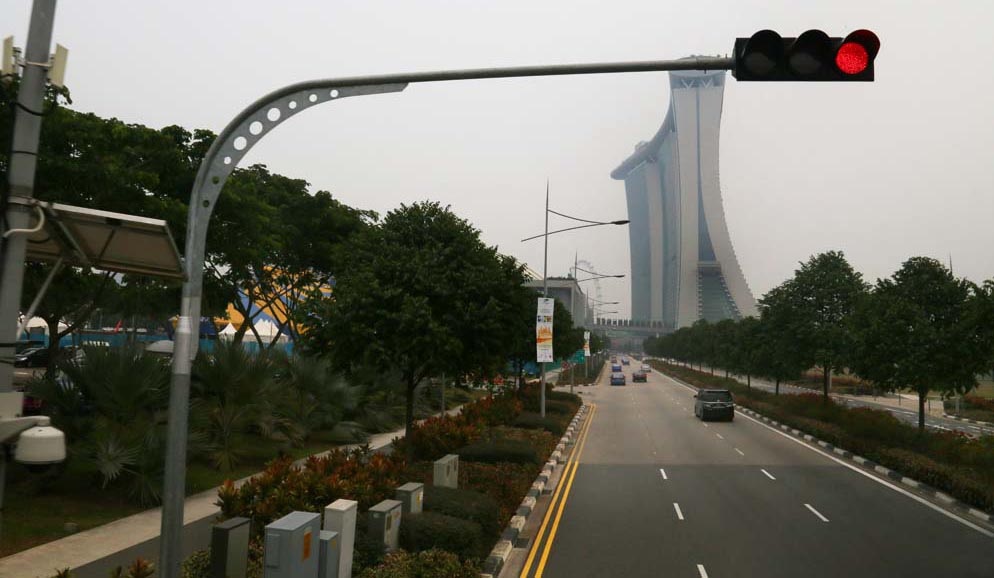 153. PASSAGES. Singapore. A city state with a look all its own. The gloom was a result of something called the “2015 Southeast Asian Haze”. From Wikipedia: The 2015 Southeast Asian haze was an air pollution crisis affecting several countries in Southeast Asia. It was the latest occurrence of the Southeast Asian haze, a long-term issue that occurs during every dry season in the region. It is caused by forest fires resulting from illegal slash-and-burn practices, principally on the Indonesian islands of Sumatra and Kalimantan.