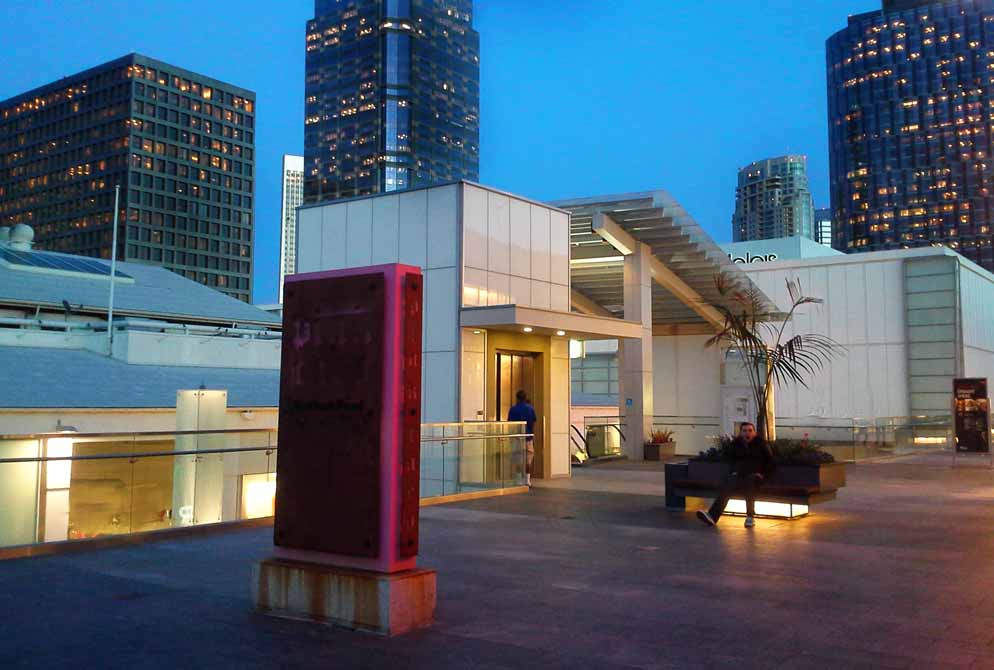 130. PASSAGES. Century City, Los Angeles. The contrast between New York and Los Angeles is legendary, and there are clearly deep cultural, historical, climatic and economic differences. That aside, the two places could not look less alike. I suspect that three-quarters of the car commercials made in the USA are shot in Century City. That gleaming glass and steel image belies LA’s grit, but there is no mistaking that the Pacific coast of America is more pacific.