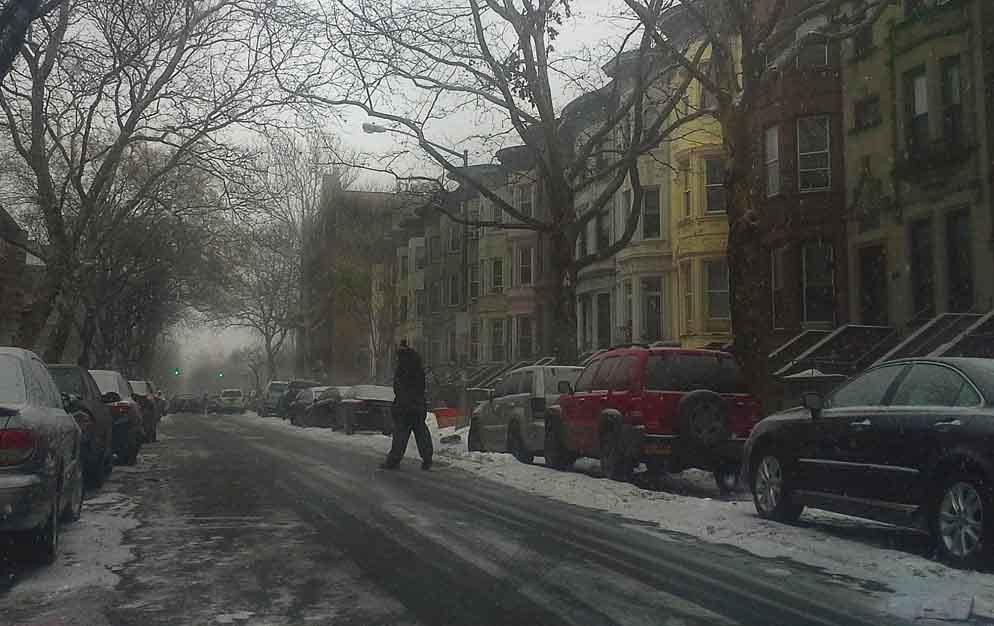 154. NEW YORK ON FOOT. Crown Heights, Brooklyn. “During the whole of a dull, dark, and soundless day in the autumn of the year…” Okay, so Edgar Allen Poe lived in the Bronx not Brooklyn. This reminds me of the Ashcan School, an American movement of painters whose subdued palette reflects the industrial Northeast: “Some members of this new generation were interested in creating a new type of art that reflected life in the growing cities across America. In sharp contrast to the conventional and rather genteel American Impressionism that represented the most popular American art of the period, these American Realists set about capturing the spontaneous moments of urban life.” Take a look at them, they capture the light and mood perfectly.